Sweden’s Jenny Haglund made a birdie on the second play-off hole to deny Australia’s Sarah Kemp and claim her first Ladies European Tour title at the Lalla Meryem Cup in Rabat, Morocco.

Haglund shared a three-way tie for the 72-hole lead with overnight co-leader Sarah Kemp and the 2017 event champion Klara Spilkova on three-under-par 285, after firing rounds of 75, 72, 68 and 70 over the Blue Course at Royal Golf Dar Es Salam. 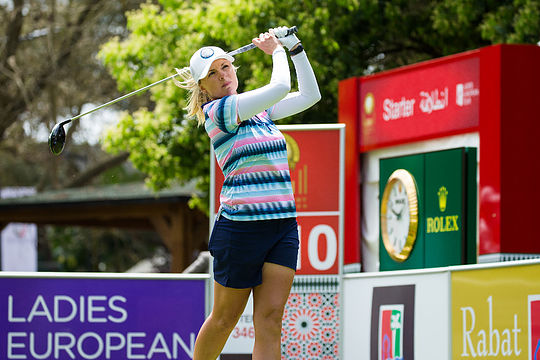 The trio returned to the 18th tee and made pars at the first extra hole, but Haglund took the spoils after she blasted a 249-metre/272-yard drive down the 18th fairway and converted a four-foot putt for birdie from below the hole.

It was so near but so far for Kemp, whose short birdie putt at the second extra hole ran agonisingly close by.

The 32-year-old from New South Wales made some key up and downs over the front nine to build a two-stroke lead.

She then chipped in for birdie at the 10th to extend her lead to three strokes, but the 11th hole was her undoing after she drove her ball right into the water hazard and hit her next shot through the green, running up a double bogey six.

The 13-season professional would have to settle for her third runner-up finish on the LET, following the 2006 Catalonia Ladies Masters and the 2010 New Zealand Open and her 26th top-10 finish in total.

She said: “I’m obviously a little disappointed. I didn’t play as well as I had the past few days, but my goal this week was to put myself in contention and I did that, so it’s my equal best finish out on the Ladies European Tour and all in all it’s been a great week.”

“I actually really enjoyed the play-off. I was nervous, but I had a really good time. I hope that I get that opportunity again and hopefully I can do something different. All in all, I achieved my goal for this week and the more I’m in this situation the better I’ll get at it.”

With her win, Haglund earned a cheque for €67,500 and moved to the top of the LET order of merit, with Kemp second and Spilkova third.

Amy Walsh was the next best of the Australians in equal 47th while Whitney Hillier closed in a tie for 59th.