Kemp secures T4 at Pure Silk, heads to US Open

Sarah Kemp has secured another impressive finish on the LPGA Tour, this time with a 4th place result at the Pure Silk Championship in Williamsburg, Virginia.

Kemp finished at 9-under-par, four shots short of eventual winner Wei-Ling Hsu. Back in February, Kemp finished in a share of 5th at the Gainsbridge LPGA event to record two top-10 finishes and take her earnings to US$160,622 and 29th on the rankings. 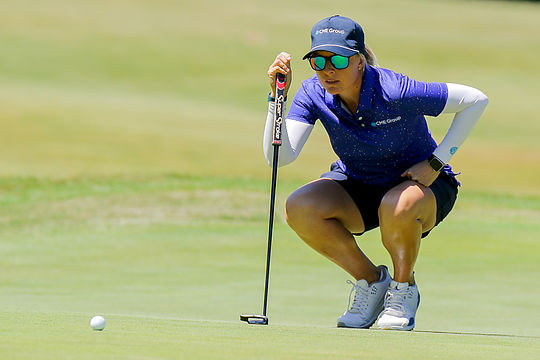 The 35-year-old held the lead moving into the weekend playing in the final group for only the second time in her career. She fired a 2-under-69 to reach 8-under and move to the final round just two shots off the lead which was shared by Moriya Jutanugarn and Wei-Ling Hsu.

“I’m playing great, so this is fun. This is so much fun. I loved being nervous. I loved being in contention. I want to do it more often. So I take heaps of confidence from a week like this,” said Kemp.

A final round 1-under-par 70 impressive under the circumstances for Kemp while a closing round 68 gave Hsu her first LPGA Tour victory at 13-under-par with Jutanugarn at 273 and Korda in third place.

Hsu, who came into the Pure Silk at No. 108 in the Rolex Rankings, has broken through into the top 100. The victory also earned her a spot in the US Women’s Open at Olympic Club in San Francisco on June 3-6.

Kemp has played in four US Opens, her best result 67th in 2010 and will make her fifth US Women’s Open start after qualifying in Alexandria.

Given the fine run of recent form over the last five months Kemp will certainly head to California with confidence. Her best result on the LPGA Tour is a runner-up finish in the 2019 Victorian Open. She also was the runner-up in the 2010 New Zealand Open and 2018 Lalla Mayern Cup

Katherine Kirk was the next best Australian sharing 25th position at 2-under-par, with Sarah Jane Smith in a share of 53rd position.