Australia’s Brad Kennedy has carded a final-round six-under 66 at the Gateway to the Open Mizuno Open to win the Japan-based tournament.

The 38-year-old held on to his overnight lead to claim his maiden Japan Golf Tour victory on Sunday. 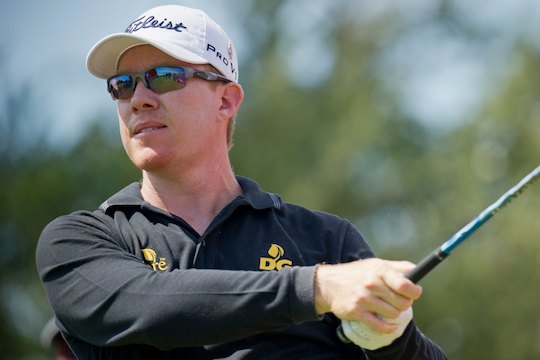 Kennedy started his final round with two consecutive birdies and managed another couple on the front nine.

The Sydney-born golfer added another three birdies on the way home and, although he dropped a shot on the 12th hole, Kennedy held on for victory in relatively comfortable fashion.

Kennedy finished on 17 under, three strokes ahead of Japanese pair Toshinori Muto and Toru Taniguchi.

Muto managed nine under on Sunday, including five-straight birdies on the back nine, to share second place.

But he was too far behind Kennedy prior to the fourth round to seriously challenge the Australian.

Koumei Oda finished fourth on 13 under overall, two shots ahead of a group of 10 players tied for fifth.

Australia’s Nick Cullen finished on 10 under tied for 15th.