Australian golfers were well performed on the resumption of the Japan Golf Tour at the recently completed ISPS Handa Global Cup.

29-year old Korean, Jun Won Park took out the event in a playoff over Argentina’s Emiliano Grillo, after the Korean had caught the overnight leader with a final round five-under 66. 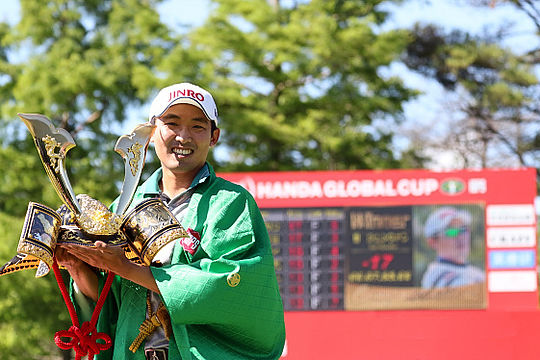 It was the Korean’s first win in Japan and over a strong field that included PGA TOUR winners this season in Grillo and former Masters champion Charl Schwartzel, and multiple major winner Padraig Harrington.

Queensland’s Brad Kennedy was the best of the Australians, finishing just two strokes out of the playoff in a tie for 3rd at 15-under par, following a final round 67.

Perth amateur and reigning WA Open champion Curtis Luck was the tournament surprise packet, underlining his status as a star of the future with a brilliant final round 64 to tie for 5th place in a group that included Schwartzel and New Zealand’s Michael Hendry at 13-under.

NSW’s Won Joon Lee finished at 10-under in a tie for 12th, ahead of Brendan Jones who tied for 23rd, Matthew Millar (T33) and Adam Bland (T37) ahead of a gaggle of Aussies who made the weekend.

The Japan Tour moves on to the Shigeo Nagashima Invitational SEGA SAMMY CUP this week and represents another opportunity for players to make hay while the sun shines, with runaway Money List leader K.T. Kim contesting the WGC- Bridgestone Invitational in Akron, Ohio.