Queensland’s Brad Kennedy has returned his best result of the 2013 Japan Golf Tour season with a second place finish at the Diamond Cup Golf tournament, as winner Hideki Matsuyama continued his brilliant start to the year with a two-stroke victory.

Matsuyama has enjoyed a fantastic four-tournament stretch, starting with victory in the Tsuruya Open in April and runner-up finishes in The Crowns and PGA Championship Nissin Cupnoodles Cup, before his second win of the year on Sunday. 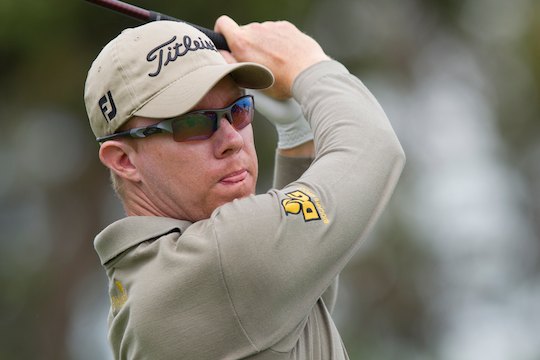 Earlier in the week, Matsuyama was one of five players to earn a spot at the 36-hole U.S. Open qualifier in Japan and will arrive for his first U.S. Open at Merion with his confidence sky high.

The 21-year also qualified for his first British Open Championship at the International Qualifier in Bangkok in early March and his ‘worst’ result in five events in Japan this year has been a tied for 10th at the Token Homemate Cup.

With this win, he has opened up a sizeable lead in the JGTO Money List with ¥73,946,000 (approx. AU $769,000) in earnings and will vault further up the Official World Golf Rankings from his current ranking of 84.

Fellow Queenslander Ryan Haller (T15) made the most of making his first cut of the year with a strong finish while Brendan Jones (T23) was the only other Australian to make the weekend.

The Japan Tour now takes a two week break, returning after the U.S. Open at the Japan Golf Tour Championship in Ibaraki.