Germany’s Maximilian Kieffer closed with a 6-under 66 to finish at 16-under-par and win the rain-interrupted Czech Masters to claim his first European tour title by one shot ahead of overnight leader, Gavin Green, at the Albatross Golf Resort near Prague on Sunday.

Green had a chance to force a playoff, but his putt on the 18th horseshoed around the hole, and failing to drop. Green could only par the last two holes and had to settle for second after a one-under-par round of 71. 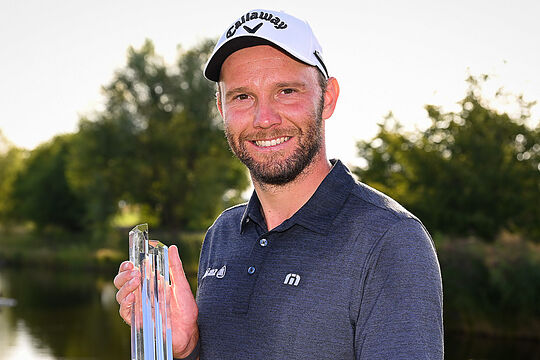 The Czech Masters was reduced to 54 holes due to a deluge of rain through Friday evening into Saturday. Kieffer had seven birdies and a single bogey in his final round to make up the four shot deficit to secure his maiden tour win.

“You have just got to keep trying. I had a few difficult years where I did not play well. This year I felt I was playing well, but deep down you never know in golf and I am going to enjoy it.”

Jake McLeod finished the best of the Australians in a share of 6th position at 12-under, four strokes from the winner. McLeod moved 51 places in the rankings to 179th.

Zach Murray was the next best Aussie sharing 41st position. Maverick Antcliff and Jordan Zunic rounded out the Aussies making the weekend.

Austin Bautista, Dimi Papadatos and Elvis Smylie all missed the cut. Smylie will be looking at his options with limited European starts so far this season getting into just four DP World events, only to miss the weekend in each one.

The sting of missed cuts has seen Smylie’s world ranking slide from a career best 487th to 881st.