South Korea’s Bio Kim has claimed the GS Caltex Maekyung Open at Namseoul Country Club for the first of what could be many Asian Tour victories.

Kim, 31, started the day with a four-shot lead and despite a 1-over 72 in the final round, he won by two shots over Mingyu Cho, a victory aided in large part by a two-stroke penalty incurred by Cho on the ninth hole. 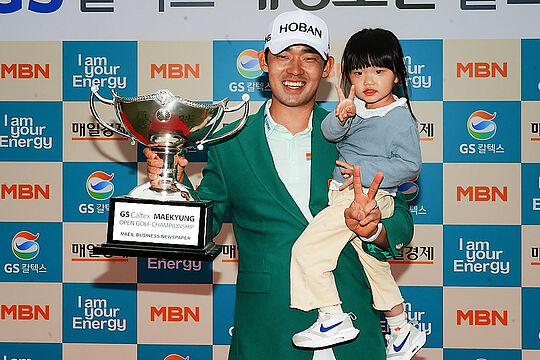 It’s the fourth professional win for Kim and it comes tens years after he won the same tournament on the same course. That win was the first of two that season.

Kim is arguably best known for receiving a three-year ban in 2019 from the KPGA for making an obscene gesture towards fans. The-then 29-year old dished out a middle finger to a group of spectators before slamming his club into the ground, after a fan took a photo of him during his backswing.

Kim went on to win the event, but the KPGA proved they were not to be messed with when they issued their Tour money leader a three-year suspension. The ban was eventually reduced to just one year following an appeal, although Kim was still ordered to serve out 120 hours of community service.

Sunday’s win was Kim’s first since the incident and was his eighth career victory and his first on the Asian Tour.

Won Joon Lee was the only Aussie to make the weekend, the Korean based played finishing in a share of 50th at seven-over-par. Junseok Lee, Kevin Yuan, Travis Smyth, Cory Crawford, Scott Strange and Will Heffernan all missed the cut.