It may have taken him 10 years but American Sihwan Kim has finally secured his first victory as a professional in the inaugural International Series Thailand at Black Mountain Golf Club.

The result wasn’t as surprising as it sounds though. The 33-year-old had already carded a runner-up finish at last week’s Royal’s Cup 2022 and a 4th place at the SMBC Singapore Open in January, let down only by a lacklustre final round on both occasions. 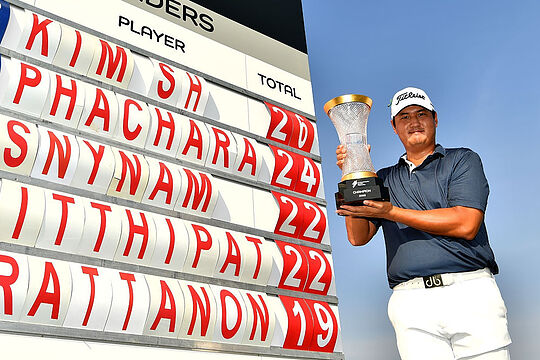 On Sunday, Kim made sure he didn’t repeat that mistake, firing a 9-under 63 to finish on 26-under and two shots ahead of Thailand’s Phachara Khongwatmai.

“To get that monkey off your back is more of a relief, and happiness, I guess. I know I had it in me, but I guess I just stayed diligent throughout my career, and here I am,” said Kim, who won US$270,000 and moves to the top of the Asian Tour Order of Merit.

The Asian Tour will take a break now before returning in India for the DGC Open at the Delhi Golf Club.