South Korea’s Sei Young Kim won the LPGA’s Pelican Women’s Championship on Sunday for her second straight victory, closing with an even-par 70 for a three-stroke victory over American Ally McDonald.

The 27-year-old Kim is the first player to follow her first major victory with a win in her next start since Ariya Jutanugarn in 2016 in the Women’s British Open and CP Women’s Open. It was Kim’s 12th LPGA Tour victory. 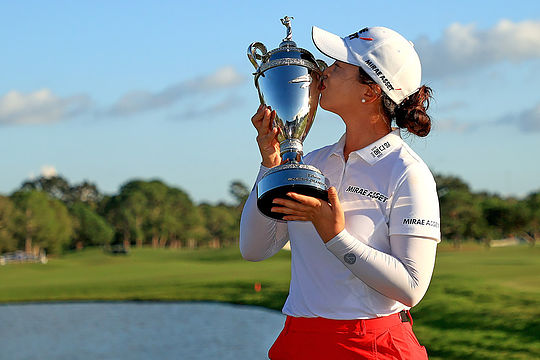 Kim shot par 70 to finish at 14-under for a three-stroke victory over McDonald who closed with a 68. An impressive three-day performance had given Kim a five-stroke lead over McDonald heading into the fourth and final round and she never let her nearest rivals in.

Kim could be peaking at the right time with the LPGA Tour offering over US$10.5 million across the closing part of its rescheduled season because of the coronavirus pandemic which has the US Women’s Open’s starting on 10 December followed by the CME Group Tour Championship the next week.

Sarah Jane Smith finished in a share of 53rd to be the last of the Aussies to make the cut.