Kim holds on for first major at Women’s British Open

South Korea’s In-Kyung Kim has won the Ricoh Women’s British Open for her first major title at Kingsbarns but it was far from the procession that many had predicted.

Kim began the day with a six-stroke lead after posting a record 54-hole total of 17-under-par, but England’s Jodi Ewart Shadoff came storming through the field with a women’s course-record equalling eight-under-par 64 to set the clubhouse target at 16-under and get within two strokes of the leader.

Kim, normally known for her incredible putting, birdied the first and eighth holes but her momentum stalled with a three-putt bogey on the ninth hole and she came home with nine pars to win by two strokes.

“I feel quite uplifted, I have to say because I really didn’t expect to win this week. And having the lead and then going into the last round, was a great task.” 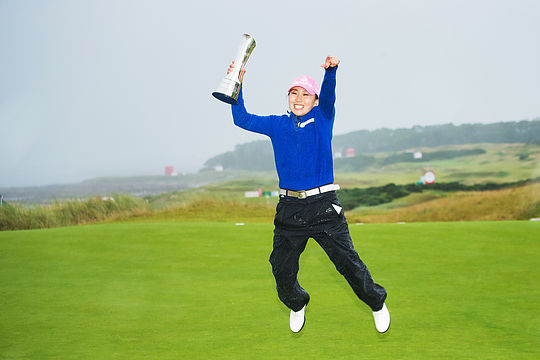 “I think it’s quite an experience. I really — not only because I play well, but I think the scenery is amazing here. Also, I played last week at Dundonald, and it really prepared me for this week I think. The condition was very difficult. It was like 40 miles an hour every day.”

England’s Georgia Hall also sealed her Solheim Cup spot with a tie for third place, alongside Michelle Wie and Caroline Masson on 13-under. Wie made seven birdies in her first 12 holes but faded with a bogey at the 17th.

While there were high hopes for several Aussies heading into this week’s event, Su Oh was the best of only two players to make the cut in 30th place at 6-under. Katherine Kirk closed the tournament in equal 63rd at even par.

The next event on the LPGA/LET calendar is the Solheim Cup in two weeks.