Kim moves to World No. 2 with Women’s PGA victory

South Korea’s Sei Young Kim had claimed the first major title of her career at the Women’s PGA Championship with a record-equalling final round 63. 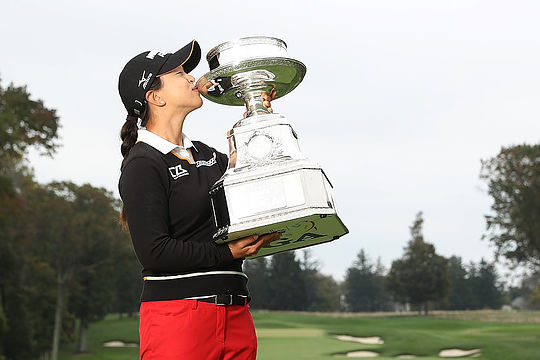 Her maiden major title adds to her 10 previous LPGA Tour victories. Kim, a 2016 Olympian, was runner-up at the 2015 KPMG Women’s PGA Championship and tied for second at the Evian Championship in 2018.

She held the 54-hole lead at a major just once prior to this week, at the 2015 ANA Inspiration, where she finished in a tie for fourth.

“I’m so excited, I’m actually really hiding my tears at the moment,” said Kim. “It was a major that I really wanted so very excited and happy that I got it done.”

Kim earned US$645,000 for the victory and has now won an LPGA title every year since 2015, which includes collecting the LPGA’s Tour scoring record when she shot 31-under at the 2018 Thornberry Creek LPGA Classic.

The final LPGA major of the year, the US Women’s Open, will take place from December 10-14.

Defending champion Hannah Green was the best of the Australians finishing in a share of 23rd position. Katherine Kirk was next in a share of 54th position followed by Minjee Lee in a tie for 58th position.

Su Oh and Sarah Kemp missed the weekend along with Sarah Jane Smith.