Aussie Grace Kim has strengthened her promotion to the LPGA Tour in 2023 with a top-5 finish at the Epson Tour’s Wildhorse Ladies Classic in Oregon.

Kim’s tie for third on the weekend has elevated her one extra spot into fourth on the Race to the Card standings with the top-10 at season’s end graduating to the LPGA Tour. A winner of the IOA Golf Classic back in May, Kim has recorded three further top-5 finishes so far this season and has four events left. 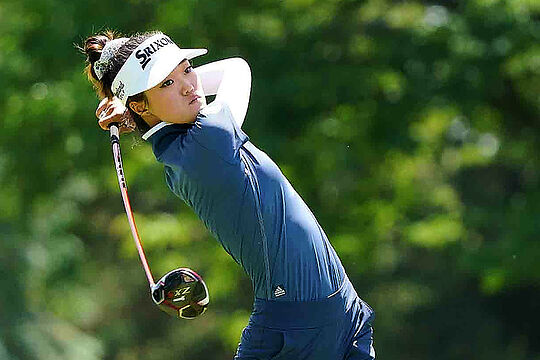 The Sydneysider carded six birdies during her final, five of which happened on her last six holes in an impressive display of closing out a tournament and will give her plenty of momentum moving forward.

“I’m just happy to have finished strong after I found a bit of trouble mid-round,” said Kim. “I just have to keep doing what I’m good at, keep chipping away to improve and hoping for some good results to finish the season.”

American Daniela Iacobelli took the title with a three stroke win finishing at 18-under-par, four ahead of Kim who finished at 14-under. It was Iacobelli’s fourth Epson Tour victory. Iacobelli carded five birdies and a lone eagle on the day.

Three strokes behind Iacobelli was Pavarisa Yoktuan. The Thai’s final round of 10-under par 62 moved her up the leaderboard, from 27th place to outright second.

Gabriela Ruffels also secured a top-20 result with a share of 12th.