In-Kyung Kim has broken a lengthy victory drought to clinch her fourth win on the LPGA Tour with a one-shot victory in the Reignwood LPGA Classic in Beijing.

Three behind overnight leader Mi Jung Hur, the 28-year-old South Korean closed with a seven-under 66 to finish with a 24-under par total. 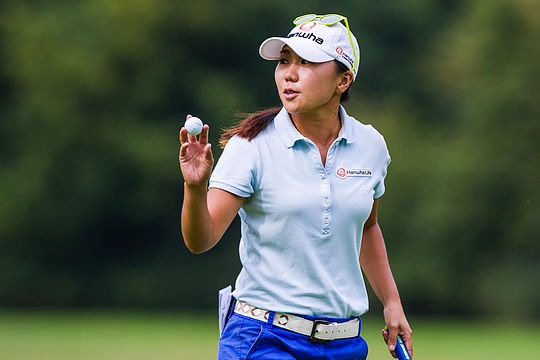 It’s been six years since Kim last won on the LPGA at the 2010 Lorena Ochoa Invitational and she did it in style over the closing holes, posting birdies at the 12th, 15th and 18th holes, with an eagle at the 16th sandwiched in there for good measure.

“I feel good that I was able to play how I wanted to play, you know? Even the result, I really try not to focus on result so much. Then I wouldn’t be able to perform the way I wanted,” said Kim.

“I chose to play my game and kind of paid off, I guess. Really didn’t aim to win it. But actually, I mean, who knows? I can control my game. I can’t control anyone else’s game.”

Kim finished a stroke clear of Hur, with Mirim Lee taking out third place at 22-under. Home favourite Shanshan Feng and Canadian Brooke Henderson were a stroke further back tied for fourth place.

Australia’s Sarah Jane Smith shot the equal best round of the day on Sunday, an eight-under par 65, to finish tied for 12th at 14-under.

The result was Smith’s best on the LPGA Tour this season and continues a very consistent season for the Victorian.

Fellow Victorian Su Oh was a stroke behind Smith in a tie for 14th place, sending the pair to this week’s LPGA Taiwan Championship with a definite spring in their step.