Green carded a 16-under-par to finish just short of the mark with Kim firing a blistering 64 to take the title for her fourth LPGA tour victory and her first since the 2016 Bahamas LPGA Classic. 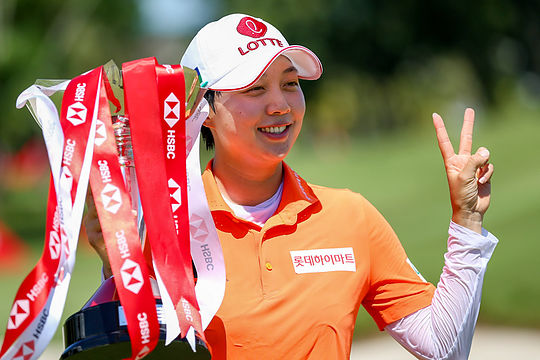 Green had the chance to take the top spot and was 5-under for the day standing on the 17th tee, however, bogeys on the last two holes on Sunday against a red-hot Kim saw victory slip away.

“That was a nice way to get my momentum. I made a really good putt on 16 to make birdie, but obviously pretty disappointed to have two 3-putts finishing. I felt a little nerves on the last, which is nice, because I guess having the spectators out there it kind of meant something to me.”

It was Green’s ninth career top-10 finish and the result has moved her to 13th on this season’s Rolex Rankings.

The LPGA Tour moves to Thailand for the Honda LPGA starting 6th May before returning to the US on 20th May for the Pure Silk Championship.