South Korean rookie Sei Young Kim has made it back-to-back wins for her country on the LPGA Tour with victory on the first playoff hole at the Pure Silk-Bahamas LPGA Classic on Paradise Island in The Bahamas.

The 22-year old fulfilled a childhood dream by defeating 2012 Kraft Nabisco champion Sun Young Yoo and fellow LPGA rookie Ariya Jutanugarn from Thailand with a birdie in extra time. Kim is becoming something of a playoff whizz, having won four out of five playoffs she has contested on the Korean LPGA Tour, and now sits at 1-0 on the LPGA Tour. 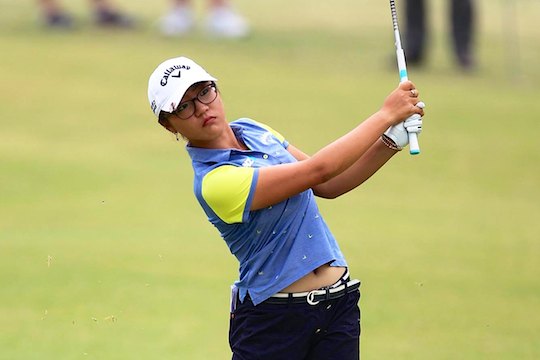 Starting two shots behind the leaders on the final day, Kim birdied three of her first five holes to jump up the leaderboard but said she didn’t look at a leaderboard all day until she arrived at the par-five 18th hole. Needing a birdie to tie Yoo and Jutanugarn at 14-under par, Kim chipped to three feet to set up a birdie and a spot in the playoff.

Kim becomes the second-consecutive South Korean to win this year on the LPGA Tour, joining compatriot Na Yeon Choi as winners to open the 2015 season. Brittany Lincicome finished alone in fourth place, a shot out of the playoff, while Inbee Park and Danielle Kang were tied for 5th a stroke further back.

New Zealand’s Lydia Ko maintained her world No. 1 ranking with a strong closing round 68 to tie for 7th while Minjee Lee was Australia’s best in a tie for 27th at 6-under.