Windaroo’s Peter King has held off all challengers to reign supreme in the 2012 Senior Amateur Championships at Bribie Island Golf Club near Brisbane.

After being neck and neck all day, King pulled away over the final stages from second round co-leader Rodney Barltop (Royal Wellington) and Stefan Albinski (Mona Vale). 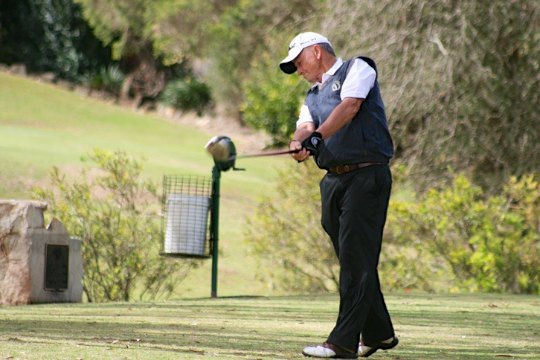 Knowing he needed par of better, King hit a stunning approach shot to the 18th hole, leaving him with a tap-in birdie to claim victory.

Run in conjunction with the Amateur Championship, the Club Team Championship finished with an overseas victory, as Royal Wellington dominated from day one and never relinquished their lead to run away with a 13 shot margin over the Coolangatta Tweed 1 team.

Next year’s Championship will be held at Oxley Golf Club.