Kingston Heath: Once Again, A Winner

Technology might have rendered many a golf course defenceless over the past 25 years but Kingston Heath has once again held her head high during this week’s World Cup of Golf with players to a man, raving about their experience on this ageless Sandbelt classic.

Former U.S. Open champion Graeme McDowell couldn’t wait to get back to it and of course, the Australians Adam Scott and Marc Leishman knew full well what a special week lay ahead. 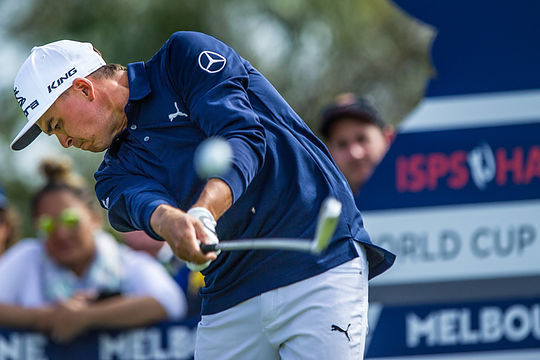 American Rickie Fowler was one of the many players to enjoy the Kingston Heath layout (Credit: Anthony Powter)

“It was a pleasure playing it and I think every player who’s played it is going to go away raving about it and that’s a really positive thing,” Scott said after he and Leishman had rattled home in seven-under par 65 to tie for ninth place.

For many others seeing the course for the first time, their response was staggering.

Speaking with eventual World Cup of Golf champion, Soren Kjeldsen, during his Tuesday practice round, he was shaking his head in almost disbelief at the quality of the architecture and the famous Alister MacKenzie bunkering.

As the week progressed, he went on to state this was a course he could happily play for the rest of his life and many other players volunteered a similar view.

Young Spaniard Jon Rahm called the Heath ‘scary beautiful’ and from a different perspective, Malaysian Nicholas Fung called his first trip to Australia and Kingston Heath in particular to be a tremendous learning experience that would benefit him longer term as he seeks to take his career to the next level.

The golf course has been centre stage in showcasing Australian golf in such a favourable light to the rest of the world and for that, hats off must go to the club hierarchy including General Manager Gregg Chapple and his staff, who maintain a year-around standard of quality that is second to none in all aspects of the golf course’s maintenance and upkeep.

The legacy of Dan Soutar and Dr MacKenzie is in impeccable hands.