Chris Kirk has claimed victory at the Korn Ferry Tour’s King & Bear Classic at World Golf Village with a birdie on the final hole to secure a stroke win over fellow American Justin Lower.

Kirk fired rounds of 66-65-64-67 to finish at 26-under with Lower two shots ahead of Joseph Bramlett and Will Zalatoris in a share for third at 23-under. It was a major comeback for Kirk after starting the final round four shots behind the overnight leader Vince India. 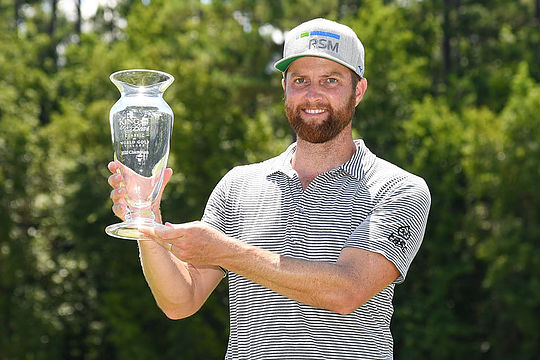 Kirk, a four-time PGA Tour winner and once ranked as high as 16th in the world, closed out his first professional win in more than five years in style following an indefinite leave from professional golf to address personal issues.

What’s In The Bag – Chris Kirk

“I’m a completely different person than I was two years ago,” said Kirk. “When you’re faced with a situation where you’re completely out of control of your own life, it changes things.”

It’s Kirk’s first victory anywhere since Colonial in 2015, and his first top-10 finish in more than two years.

At last week’s Charles Schwab Challenge at Colonial, Kirk made the cut but finished in a share of 60th.

Because he was listed as an alternate for last week’s RBC Heritage, he opted instead to play the Korn Ferry Tour in a decision that turned out to be very fortuitous, to say the least, collecting his third win on the secondary tour.

“It feels great to get back in the winner’s circle,” said Kirk. “It’s been a little while for me. Hoping to carry some momentum over to the next few weeks and the rest of the year.”

Brett Coletta was the best of the Australians finishing in a share of 14th position at 20-under, a stroke better than Curtis Luck who finished in equal 16th.

Ryan Ruffels moved three places with his final round of 69 to share 58th position to be the last of the Aussies to make the weekend. Brett Drewitt, Jamie Arnold and Robert Allenby missed the cut.

The Korn Ferry Tour next travels to Oakridge Country Club in Farmington, Utah, for the Utah Championship.