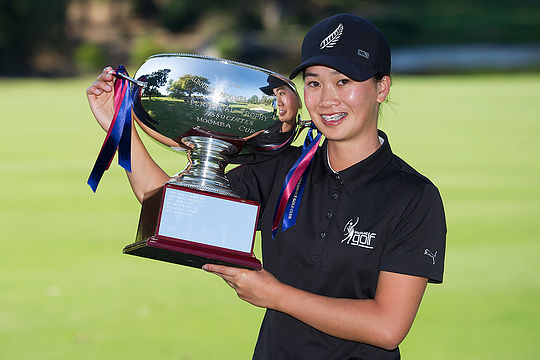 The Keh sisters have certainly been making names for themselves in New Zealand.

The win on Sunday for Keh sees her move inside the world’s top-100 on the R&A World Amateur Ranking following a strong performance at the New Zealand Womens Open where Keh secured a top-25 result.