New Zealand’s Lydia Ko claimed her second victory of 2022 on Sunday as she ran away from the field in Korea for a four-shot victory at the BMW Ladies Championship.

Ko finished at 21-under-par for a four stroke victory over American Andrea Lee and now has 13 top-10′s in 20 starts this season.

Ko entered the final round one shot behind World No. 2-ranked Atthaya Thitikul, who opened the tournament with rounds of 63, 71 and 67 to set the pace on 15 under. Ko then made her move over the closing nine with five birdies, including three birdies in a row on 15-17 to widen her winning margin and claim her first title in her birthplace.

“I feel so proud to be born in Korea,” said Ko. “I think because of that I really wanted to win here. It’s not only just a place that I’m born, but a lot of my family is still here. This week my relatives are here, my direct family is here. And I wanted to win it for them as well. To be able to do that this year in front of a lot of them, it means a lot.” 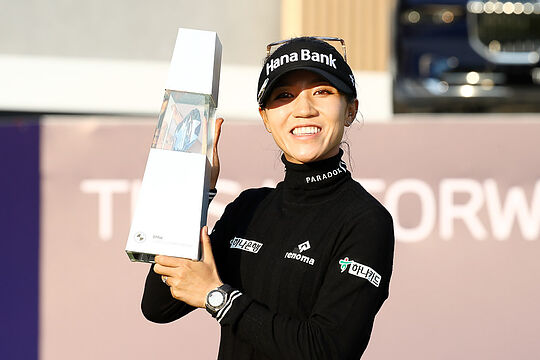 After winning 14 times between 2012 and mid-2016, Ko went through the next five years with just one victory. However the 25-year-old has now won three times over the past 18 months and appears to have dealt with whatever demons lead to her inexplicable slump.

Ko is now the fifth player to earn two or more wins on the LPGA Tour this season, joining Thitikul (2), Brooke Henderson (2), Aussie Minjee Lee (2) and Jennifer Kupcho (3), and 2022 marks her first season with multiple wins since 2016.

Su Oh finished at 3-under in a share of 40th position, with Minjee Lee in a share of 51st position, which saw her fall to third place on the Race to CME standings behind Lydia Ko and Thailand’s Atthaya Thitikul.