New Zealander and world number amateur, Lydia Ko, has followed in Danny Lee’s footsteps in winning the US Amateur.

The 15-year-old from the Gulf Harbour Country Club was impressive in the 36 hole final to defeat American Jaye Marie Green by 3 and 1 at The Country Club. 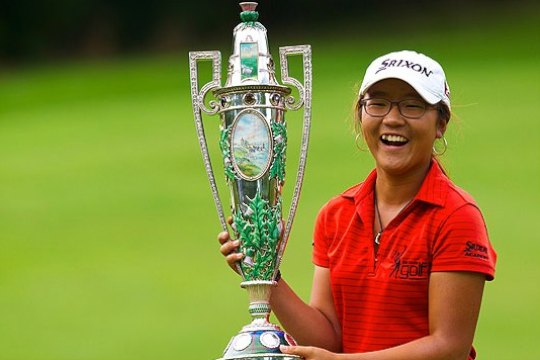 “I haven’t won a tournament in the States before, so it’s good.”

“I think I’ve won one tournament in Australia like internationally. It’s pretty amazing, and this tournament is classified as the top amateur event for me, so it means a lot.”

“I’ve played such good golf, and it was hard coming up and it wasn’t easy in any matches or any shots.”

“I think hopefully it will mean a lot to New Zealand because I’m the next winner of the U.S. Amateur after Danny Lee.”

Ko, who was never behind in the match, was 1up after 18 holes this morning before turning on a master-class when it mattered most in the final 18 holes.

The New Zealand rep produced one of the shots of the tournament – an eagle two on the par four sixth – to get to 2up.

She followed that up with consecutive birdies and claimed a 4up lead and the advantage in the championship match.

She bogeyed the 11th and 16th to slip back to 2up but with a par on the 17th was good enough to seal the 3&1 win and become the first New Zealand woman to claim the US Amateur title.

Ko became the youngest player to win a professional golf tournament after claiming the Women’s NSW Open as a 14-year-old in January this year.