New Zealand’s Tim Wilkinson has narrowly missed winning on the Korn Ferry Tour, losing in a playoff to American Ryan Brehn at the LECOM Health Challenge in New York.

Wilkinson had a three meter putt for birdie on the first playoff hole but lipped out. The Kiwi has made 12 cuts of the last 17 events on the secondary tour and Sunday’s runner up finish sees him 14th on the season money list and inside the all-important top-25 who progress to the PGA Tour at season’s end. 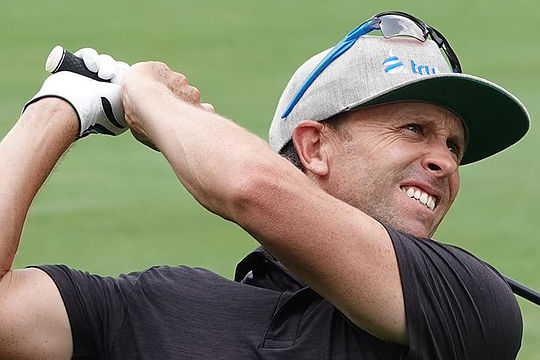 Wilkinson, 40, joined the Nationwide Tour in 2005, making it to the PGA Tour in 2008, with his highlight an outright 3rd at the Zurich Classic. Seasons moving between both tours has seen Wilkinson becoming a tour journeyman, finishing 5th on the Web.Com Tour in 2013 to earn his PGA Tour Card for 2014.

This season has been solid and consistent for Wilkinson and he again is on the door step of the PGA Tour.

Wilkinson, who held the 36-hole and the 54-hole lead, played his final 40 holes without a bogey and was ranked in the top 10 in both driving accuracy (T10) and greens in regulation (T5).

This time he’ll bring a wealth of experience to the main tour, which will serve him well against the constant crop of new faces.