Klein, who was runner-up in last year’s event to Dylan Perry, beat New Zealand’s Inia Logan, 2&1, to secure his first top amateur title after another runner-up finish at the 2017 South Australian Amateur Classic. 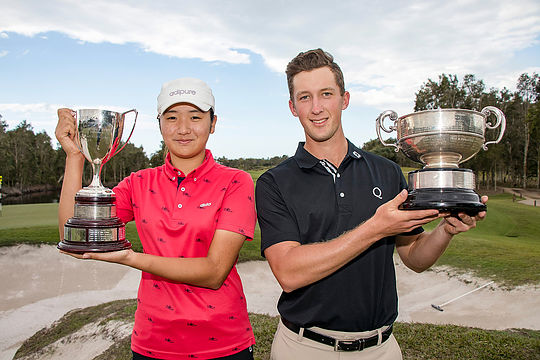 Hye Park certainly stole the show in the women’s championship.

Park, 14, has been based on the Gold Coast for a year having taken up the game in South Korea at the age of eight. Park beat Min Kweon, 1-up, in a see-sawing final played out in windy conditions. In the Semi-finals Min Kweon beat Ka Yeon Park 3&2, whilst Park beat Cassie Porter 5&4.