Lydia Ko has written her name into the record books again with her come-from-behind victory at the ANA Inspiration on Sunday. Ko birdied the final hole to finish at 12-under and one shot ahead of Charley Hull and In Gee Chun.

The dramatic victory makes Ko the youngest two-time major winner in LPGA history (18 years, 11 months and 9 days) and the youngest male or female with two major wins since Young Tom Morris in 1869. 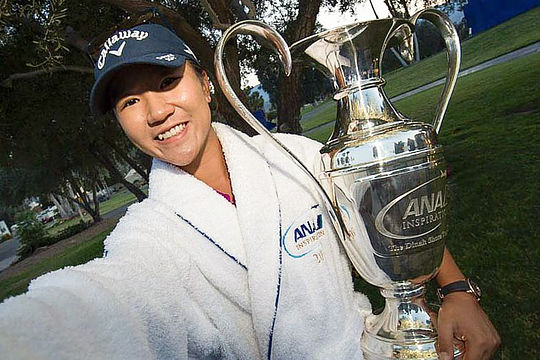 “It’s amazing. You know, you can’t really rank them,” said Ko. “Every one of them is special, and every event is so different, so unique, and I think obviously winning this event is great, but obviously jumping into the Poppies Pond, that kind of tradition will definitely be one of the highlights of my career.”

The only other Aussie in the field this week was 7-time major winner Karrie Webb, who closed the weekend in a distant T56 at 3-over.

The LPGA Tour now heads to Hawaii for the US$1,800,000 LOTTE Championship where Sei Young Kim, who missed the cut this week, will defend her title.