Kang began her rally with consecutive birdies on the 13th and 14th holes at Highland Meadows, and then only needed pars for a 3-under 68 after Lydia Ko took a double bogey on the final hole to throw away her chance at victory. 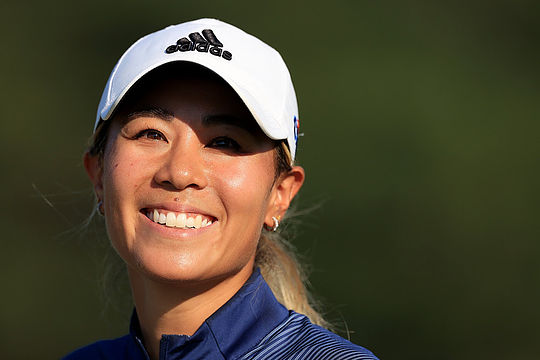 Ko was poised to win for the first time in more than two years but the double bogey on the last saw her finish one behind Kang. The loss cutting deep into Ko as she struggles to find the form she enjoyed as a teenager and setting numerous records in the process.

When she won the Women’s Canadian again the next year, she applied for LPGA membership before going on to win the Evian Championship and the ANA Inspiration to become the youngest player to hold two majors.

Ko has now gone 44 tournaments worldwide since her last victory since the LPGA Mediheal Championship in April 2018.

Katherine Kirk was the next best of the Australians finishing in a share of 65th position. Sarah Kemp and Sarah Jane Smith missed the weekend.

Kang, who won last week at nearby Inverness Club, currently has five LPGA Tour career wins to her credit and is giving herself a chance to become just the third American to ascend to world No. 1 since the rankings were established in 2006.

Fourteen players have reached Rolex world No. 1 in the 14-year history of the rankings, just two of them from the US including Cristie Kerr and Stacy Lewis.

The LPGA Tour, which only recently resumed after six months due to the Covid-19 pandemic, heads to Scotland for two weeks for the Ladies Scottish Open and the Women’s British Open.