Michelle Wie did it, so did Annika Sorenstam and even Laura Davies.

But don’t expect to see young New Zealand teenage sensation Lydia Ko teeing it up alongside the men in a four-round tournament. Not this year anyway. 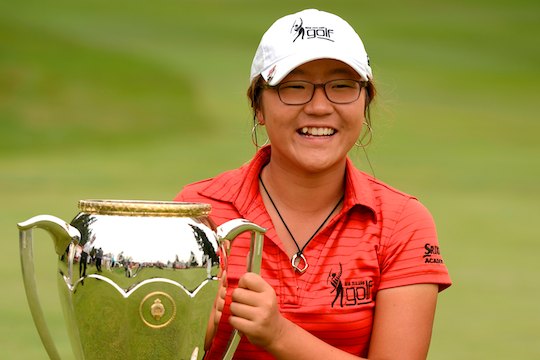 New Zealand golf officials have confirmed the 15-year-old amateur, who has already won two professional events in her blossoming career, won’t be offered a spot competing against the men in the BMW New Zealand Open at Clearwater from November 22-25.

While it was acknowledged that having Ko play in their Open would boost ticket sales and be a massive coup for the $400,000 event, New Zealand golf chief executive Dean Murphy quickly knocked the idea on the head, suggesting it would not be the right thing to do at this early stage of her career.

Aside from the fact Ko has school exams in November, the length of Clearwater’s men’s Open course would also be a daunting prospect for the youngster, despite her impressive ball-striking and deadly short-game.

Several holes, like the par-five fifth into the wind, would see her hitting woods into par-fours where most of the men would be hitting short-irons.

Still Ko might still be an attraction at the much-more-relaxed NZ PGA Pro-Am Championship at The Hills, near Queenstown in February.

She played in the pro-am earlier this year and has already been offered a spot next year.

Tournament director Michael Glading revealed Ko had also been offered a chance to play in the four-round professional event.