South Korea’s Jin Young Ko has claimed her eighth career LPGA Tour title when she took out the Volunteers of America Classic in Dallas, Texas.

Ko opened her final round with a birdie on three of the first four holes. That stretch included a two-shot swing at the 4th when Esther Henseleit found bogey and made it a four-stroke advantage for Ko over the German and eventual runner-up, Matilda Castren. 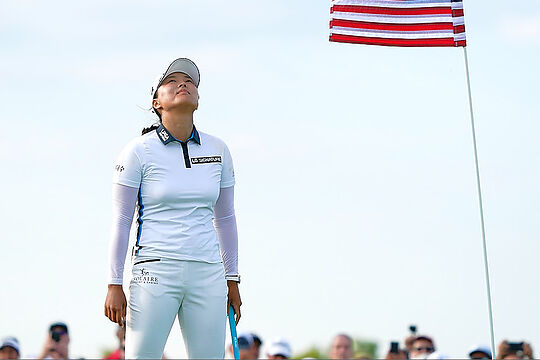 She never really looked back, and a bogey free 2-under 69 to finish at 16-under overall sealed the victory.

A week after surrendering the number one spot in the Rolex Women’s World Golf Rankings to Nelly Korda, Ko remains at No. 2 following the win. Ko had failed to finish in the top 10 in four of her previous five starts on the LPGA Tour so Sunday’s win was timely.

“I was thinking I had a lot of pressure with the No. 1 ranking,” said Ko. “But I made it this week. I’m very happy. I played all day today but had a great round. I had a lot of opportunity for birdie but did not make it, but I’m still the winner so it does not matter.”

Nelly Korda leads the season points standings with a sizeable points difference from Patty Tavatanakit, with Hannah Green the highest ranked Australian currently in 14th position on the back of four top-10 finishes so far this season from 11 starts.

Minjee Lee is the next best ranked Aussie in 41st position followed by Sarah Kemp at 47th to round out the Aussies currently inside the top-50.