New Zealand’s Lydia Ko fired a final round of 65 to win by five shots at the Aramco Saudi Ladies International on the Ladies European Tour.

Ko shot a final round bogey-free 7-under 65 to win on 23-under par ahead of Thailand’s 18-year-old Atthaya Thitikul. Her victory at the US$1 million event, which boasts one of the richest prizes on the Ladies European Tour (LET) schedule, is her second of the season. 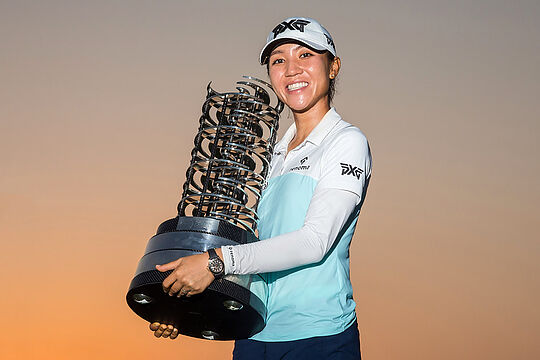 Ko played her final 33 holes in an incredible 17-under, carding a staggering 15 birdies and an eagle in flawless bogey-free golf.

“When I was out there, I was just trying to play the best golf that I can,” said the 24-year-old.

“I knew a lot of the top names were playing really well and this is a golf course where there’s a fair amount of birdies, so I was just trying to have my fair share of them and have fun out there.”

“It helps when you’re going into the final round with a four-shot cushion, you could shoot the same score as others, but you have those shots from the last three days.”

It was the former World No.1′s 22nd professional victory in a career which began in 2014 and so far includes two majors, 16 LPGA Tour wins and six Ladies European Tour victories.