Ko, who was playing just her fourth LPGA event of the pandemic-disrupted season, had only just qualified for the elite field with a tie for second at the United States Women’s Open. 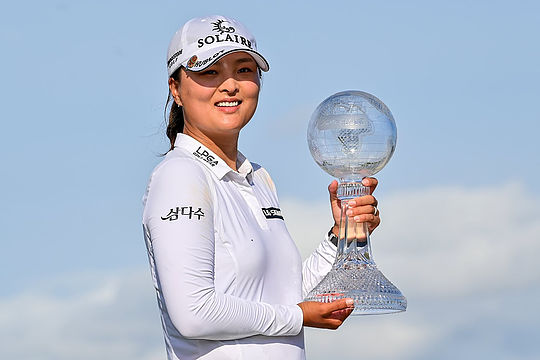 But the 25-year-old made the most of her opportunity finishing at 18-under to collect the US$1 million winner’s prize at the Tiburon Golf Club in Naples, Florida.

Kim’s shared second-place finish at the Tour Championship put her in the top spot on the Rolex Player of the Year points list, edging out Inbee Park.

Danielle Kang took the Vare Trophy for lowest scoring average. Kim and Kang were the only two-time winners on the Tour in 2020.

The 24-year-old has two victories on the the LPGA Tour, the 2019 Women’s PGA Championship and the Portland Classic both achieved in 2019, and rounded out the 2020 season having made the cut in 13 of 14 events entered to collect US$442,843 in season’s earnings to finish 44th on the money list.

The championships bring an end to the 2020 season and the 70th anniversary of the LPGA Tour. The season was plagued with disruptions and resulted in just 18 tournaments being staged, including four of the five majors, which itself is a credit to the LPGA.

Times are moving forward, however, with the Tour announcing a schedule for 2021 that includes a record US$76.45 million in prize money, 34 official events, the Solheim Cup and Olympic golf.