South Korea’s Jin Young Ko has reclaimed the world number-one ranking in women’s golf following her win in a play-off at the LPGA Tour’s Ladies BMW Championship in South Korea. 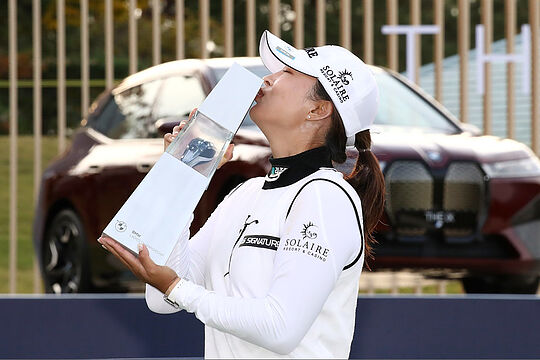 “This is a tremendous honour,” said Ko. “And obviously being the player of the 200th win of the Korean player was not a goal that I was working toward. It just happens so that I was really focused and I did my best, and this came along. So I’m very happy and satisfied.”

Sunday’s win at the BMW Championship is Ko’s second win in her last two starts after taking the title at the Cognizant Founders Cup and her fourth in 2021 – the best of any player for this season on the LPGA Tour.

Ko was the number one world ranked player from 20 July 2019 to 27 June 2021, a streak of almost two years, and was also world No. 1 for 12 weeks in early 2019. With Sunday’s win Ko has overtaken American Nelly Korda for the No. 1 spot in the world rankings and the Rolex Player of the Year points.

Australia’s Minjee Lee was tied for 12th place on 13-under, nine shots outside the playoff to be the best of the Australians. Lee is currently ranked 7th on the season standings and 6th in the world.

Korda and Ko will both be playing the LPGA’s final two events of the season in Florida, the Pelican Women’s Championship starting 11th November and the CME Group Tour Championship which commences on the 18th November where the winner’s check is the biggest in women’s golf with US$1.5 million up for grabs.