It is hard to imagine a European Solheim Cup team without Laura Davies. After all, the 51-year-old has played in every one since it was launched 25 years ago.

But now the English veteran has to prove she can still cut it with the youngsters if she wants to become the oldest competitor from either side ever to be chosen in the biennial event, which will be played in Germany from September 18-20. 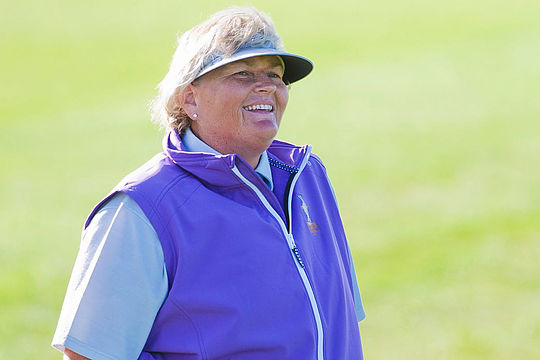 The British Women’s Open at Turnberry might be her best chance to show she’s still good enough.

Davies has been quoted as saying her game is as good as it’s ever been, tee to green, but her putter continues to plague her form.

That might not be what European captain Carin Koch wants to hear.

Koch says she wants players who can hole the pressure putts that matter when her side takes on the might of the United States.

Of course the Swedish skipper will have four wildcard picks she can add to the 12-woman squad.

“It’s all going to come down to this last month,” Koch said.

“Laura in good form is always a great player so we’ll see how she does this coming month.”

“But obviously she’s like everybody else – she’s had almost two years to get points.”

“She is closing in on the top eight so for her, and for some of the other players too, it will be interesting to see the next few weeks and how it pans out.”

Davies’ career has been nothing short of amazing and was capped off when she was welcomed into the World Golf Hall of Fame during the men’s British Open at St Andrews.

The big-hitting English woman has won 80 tournaments worldwide and continues to play all around the world on a regular basis.

If she makes the team she will break the record held by 2015 US Solheim captain Juli Inkster, who was aged 51 and two months when she played in the 2011 Solheim Cup.