Kocher, who carded 31 birdies across four rounds, broke a 72-hole tournament scoring record of 27-under previously established by Doug LaBelle II in 2006 and Dylan Wu last year. He became the fifth player in Korn Ferry Tour history to finish an event at 28-under par or better. 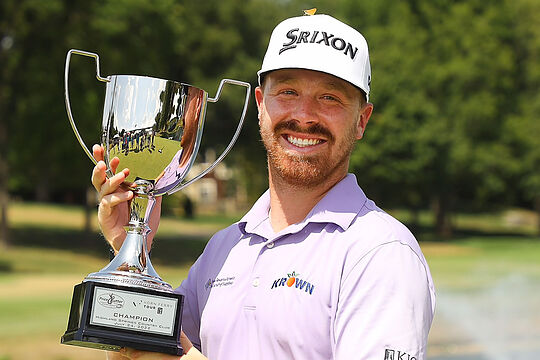 “You have to make birdies out here to win, especially on this Tour,” said Kocher.

Kocher’s previous Korn Ferry Tour win came at the 2020 El Bosque Mexico Championship in what was the sixth start of his career. Kocher began the final round five strokes off the lead and came out of the blocks fast, carding five birdies in the first six holes before holding the advantage for the remainder of the round.

Sunday’s victory takes Kocher to 30th on the Korn Ferry Tour Regular Season Points List with just two events left in the regular season as he hunts for his first PGA Tour card aiming to finish in the top-25 season regulars. PGA Tour cards will be awarded upon the conclusion of the Pinnacle Bank Championship next month.

No Australians made it to the weekend, with Curtis Luck missing the 5-under par cut as did Ryan Ruffels, Harrison Endycott and Rhein Gibson.