Koepka, DeChambeau to face off in The Match

Brooks Koepka and Bryson DeChambeau are set to become the latest golfing stars to face off in Capital One’s The Match in Las Vegas this November.

If reports coming out of the recent Ryder Cup are to be believed, the new best buddies have repaired their rocky relationship but the public interest in their “feud” remains at an all-time high. 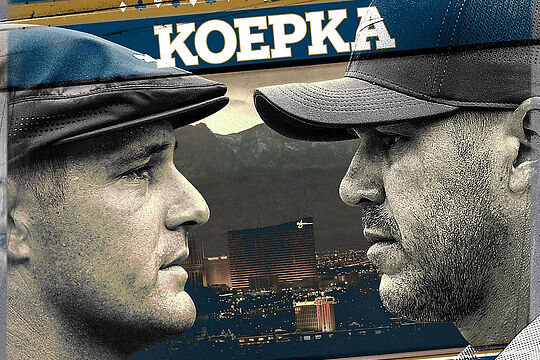 Bryson DeChambeau and Brooks Koepka will face off in The Match

The 12-hole event will be held at the top-ranked Wynn Golf Course, which lies just off the famous Las Vegas strip. The par-70 course was originally designed by Tom Fazio and his son, Logan, and recently finished a complete revamp by the father and son duo in 2019.

Koepka will be playing the event for the first time. However, DeChambeau is no stranger to the concept having made his debut alongside NFL star Aaron Rodgers earlier this year. The pair toppled Phil Mickelson and Tom Brady, 3 & 2, at the stunning The Reserve at Moonlight Basin in Big Sky, Montana.

Interestingly, long-time The Match star, Phil Mickelson, mentioned in a recent interview that he might be taking on commentary duties for the event. Given the 51-year-old’s form on Twitter, that could be just as entertaining as the on-course action.

The Match will tee off from 4pm on November 26th (US time) and is likely to be televised locally on Foxtel and Kayo Sports.