Should Brooks Koepka capture this year’s PGA Championship, the American will achieve something that neither Tiger Woods, Jack Nicklaus, Arnold Palmer, Ben Hogan or Walter Hagen managed in their own illustrious careers.

If Koepka does win on the Black Course at Bethpage Park he would not only capture a second straight PGA Championship but it means the 29-year old would have won back-to-back US Open titles (2017-18), as well. 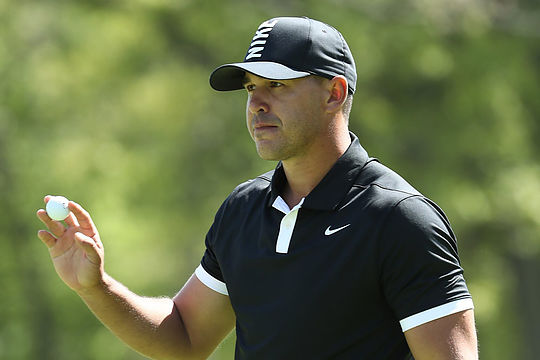 Tiger won back-to-back PGA titles in 2006 and 2007 and while he also won two straight Open Championships in 2005-2006 he never managed two straight US Open titles.

It is the same with Nicklaus, Palmer, Hogan and Hagen, who won 11 Majors in his career including four straight Rodman Wanamaker Trophies.

Koepka will take a remarkable seven shot lead into the final round having posted a third round 70 but misses out on the 54-hole Major Championship record that he needed by shooting a 67.

Nonetheless, the Florida golfer continued to dominate the round that included three birdies and just as many bogeys.

That said Koepka’s seven-shot lead is a 54-hole record for the PGA Championship.

But the stoic American is not concerned with talk of breaking records.

“I care less about breaking records,” said Koepka. “All I want to do is to win this golf tournament.”