Brooks Koepka’s lingering injuries have finally become too much with the former World No.1 withdrawing from this week’s Northern Trust.

The 7-time PGA Tour winner pulled out of the first event of the FedExCup Playoffs overnight and with Koepka sitting at 97th in the points tally his season is over. 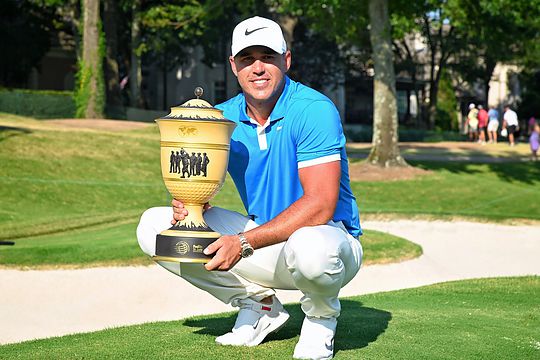 Koepka needed a strong showing at TPC Boston to play himself inside the top 70 for next week’s BMW Championship.

The 30—year-old has been battling knee injuries since last year and has not won on the PGA Tour since the WGC-FedEx St. Jude Invitational almost 13 months ago.

He has showed glimpses of form with a second place finish in his defence of the WGC-FedEx St. Jude Invitational earlier this month along with a solid chance at claiming an historical three-peat at the recent PGA Championship before fading away in the final round with a 4-over 74.

On a more positive note, and another player who has been battling injuries for many years, was the confirmation that Tiger Woods will play in next week’s BMW Championship – the first time he has competed in back-to-back tournaments all year.

At 49th in the FedExCup, Woods will need to be at his best in both weeks if he is to make the top 30 for the Tour Championship in Atlanta in early September.