Korda climbs from the doldrums with Malaysia win

A desultory year just turned shiny and new for American Jessica Korda, with some spectacular golf at the weekend helping her to her fourth career title at the Sime Darby LPGA Malaysia on Sunday.

Consecutive rounds of six-under 65 to finish were her two best rounds of the year and her 18-under-par total was the second lowest in tournament history around the Kuala Lumpur Golf & Country Club course. 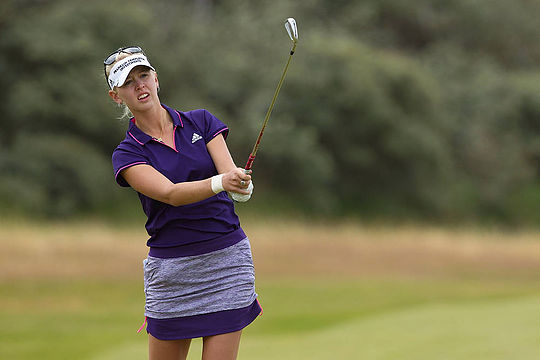 All this, a far cry from what has been a year to forget for the 22-year old Floridian who had missed eight cuts in her last 12 events prior to this week.

“I think just struggling and being at your lowest and then feeling this and going through these emotions,” a tearful Korda said in the immediate aftermath of her win, “Just incredible gratitude and just being so humbled by everything. All the support that I’ve had, the people that have stuck with me this year, didn’t stop believing in me even when I did a little bit.”

“I knew that I was getting really close and just needed to stay patient. That’s all my caddie was telling me. He was on me all week about staying patient, the putts will fall. So it’s just an incredible feeling.”

Even more satisfying for her might have been the calibre of players Korda left in her immediate wake following her seven birdie, one bogey final round, with Lydia Ko, Stacy Lewis and Shanshan Feng all tying for second place four strokes behind the rampant American.

Former world number one Yani Tseng also put up an impressive performance of her own to claim outright fifth place, a shot further back at 13-under.

And all it seems were as overjoyed for Korda as if it were they in the winner’s circle, Ko and Lewis joining a number of players to rush on to the 18th green to shower Korda with water in celebration.

“Jess played unbelievable today. Nobody was going to beat her,” Stacy Lewis said. “When you have a two-shot lead and shoot 6-under, it’s pretty hard to beat.”

The two Australians in the limited field event, Minjee Lee (T42) and Karrie Webb (T57), were never a factor in the tournament, the first LPGA event since the Solheim Cup matches two weeks ago.

Incheon, South Korea will enjoy its second major golf event in a fortnight, following the Presidents Cup, as the city plays host to the LPGA KEB Hana Bank Championship at the Sky 72 Golf Club Ocean Course this week.