Korhonen took a five-shot lead into the final round at Diamond Country Club and carded a closing 69 to finish 16-under par, six shots ahead of Scotland’s Connor Syme. Nicolas Colsaerts, Raphael Jacquelin, Justin Walters and Steve Webster were all seven strokes behind Korhonen in third.

It was Korhonen’s first European Tour win in his 146th appearance, having finished tied second in this event last season. His previous 2018 season finish was third place in the Tshwane Open.

Korhonen, whose victory sees him climb to a career-best 110th in the Official World Golf Ranking, had his lead cut to three in the early stages but rallied over the closing stages of the final round despite weather delays. 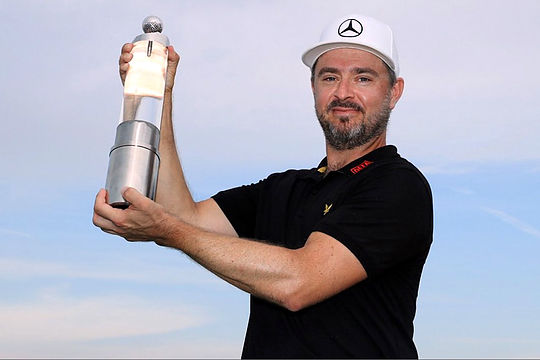 “It feels great to get my first win,” said Korhonen. “It’s been a long wait so it feels so good. I thought I might not have ever got to this position.”

“I’ve been up there a couple of times and couldn’t get it done. I’m so happy and relieved to have finally done it. It’s not easy to win, especially not the first win. I have no words, it’s so good.”

The European Tour trialled this innovative format, with every shot played under a time limit and penalties for those breaking the time allowances. Players were given either a 40 or 50-second limit depending on the type of shot being played, with two “time-extensions” allowed per round to give them an additional 40 seconds.

What was significant was that average round time was greatly reduced by the shot clock. Around half an hour on average was knocked off each game during the tournament.

Adam Bland finished at 7-under-par along with Nick Cullen and Dimi Papadatos for a share of 12th place and were the best of the Australians. Marcus Fraser was a shot behind in a share of 19th position.

Wade Ormsby closed with a 4-under total for a share of 30th place, with Matt Miller, Jason Norris and Jack Munro rounding out the Aussies who made the cut.