Mikko Korhonen secured the second European Tour title of his career at the 25th Volvo China Open, the Finn overcoming Frenchman Benjamin Hebert on the first play-off hole after a thrilling finale at Genzon Golf Club.

In an intriguing final day tussle, last week’s Trophée Hassan II champion Jorge Campillo, overnight leader Benjamin Hebert and Korhonen – all playing together – shared a three-way lead stepping onto the 17th tee, but the 38-year-old from Helsinki nosed ahead with a crucial birdie four on the penultimate hole. 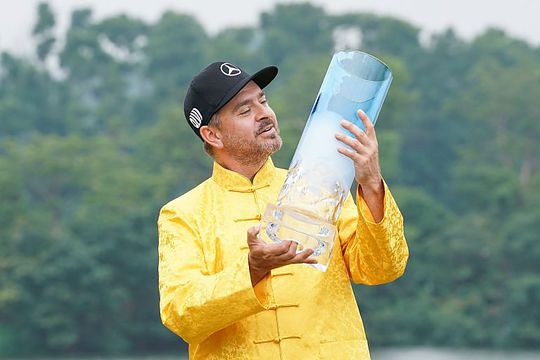 Hebert, one shot back with one to play, decided to pull out the big guns and drove the green on the par four closing hole, two-putting for a birdie, a closing 69 and a 20-under total to take it down the 18th once again.

But Korhonen, who had signed for a 66, never flinched in the face of intense pressure and a chip and a putt were enough for a winning birdie three on the extra hole.

“I don’t know how I did it. But it’s probably the putter that was my winning formula this week. I made lots of putts from outside 15-20 feet this week. I made a birdie on 17 and gave myself a chance to win it on 18 but I didn’t manage to do that.”

“But I was happy to get into the play-off. It was my first time in a play-off and I had nothing to lose. I just had to make birdie.”

“Winning a golf tournament is never easy. It was a battle all day as everyone was making putts and I had to stay patient and do the same. It’s great to have this second win in the bag and I’m delighted.”

The victory moved Korhonen from 98th up to 17th in the Race to Dubai Rankings presented by Rolex and earned him a place in the second Major Championship of the season, the PGA Championship at Bethpage in two weeks’ time.

For Hebert, it was his second runner-up finish on the European Tour, while Campillo has now finished in the top three in five of his last six appearances.

Li Haotong was the leading Chinese player after carding a six under final round 66 to seal fourth place outright.

Western Australia rookie Min Woo Lee performed well again finishing in a share of 14th place and one stroke ahead of Sam Brazel.