While lucrative, the Korn Ferry Tour has never enjoyed the seemingly endless pots of money that players on the PGA Tour tee up for each week.

That’s not about to change but news coming out of the secondary tour overnight suggests that the things will be getting a little better for those battling it out each week in obscurity. 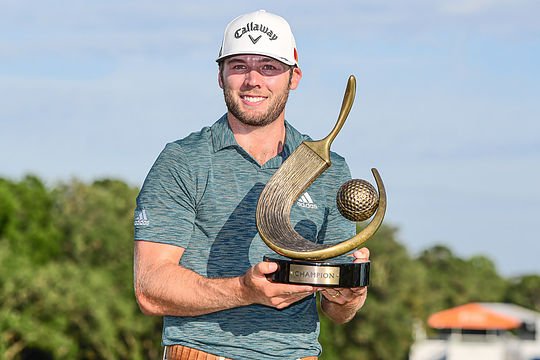 Korn Ferry Tour President Alex Baldwin has announced that by 2023 each event on the feeder tour will feature at least a $1 million purse.

Prior to 2023, next year’s tournament prizemoney will increase by $150,000 to a minimum of $750,000 before hitting the $1 million mark a year later. The three $1 million events currently featured in the Korn Ferry Tour Finals – Albertsons Boise Open, Nationwide Children’s Hospital Championship and the Korn Ferry Tour Championship – will also move to an eventual $1.5 million.

The changes were originally approved in 2020 and set in place for the 2021 season, however the additional expenses caused by COVID-19, including testing and health and safety implementation, meant that the initiative was pushed back to a 2022 start.

“The Korn Ferry Tour continues to play a massive role in delivering a pipeline of future stars to the PGA TOUR on a consistent basis. Today’s announcement is another step in ensuring the Tour will continue to attract the best young talent while providing higher-quality playing opportunities for the entire membership,” said Baldwin.

There is sure to be some eyebrow-raising going on over at the LPGA Tour, where the opening event of the world’s largest women’s golf tour, the Diamond Resorts Tournament of Champions, featured a purse of just $1.2 million and there are several more tournaments this season that barely reach the $1.5 million mark.

Korn Ferry Tour graduates make up over 75 percent of the current PGA Tour membership so it’s important for its players to be able to make a decent living while chasing their PGA Tour dream. The increases will be welcome news for those struggling to make ends meet.