The Fiji International is set to host its biggest world star in its short two year history.

World number 16 Matt Kuchar has signed on to compete in the 2015 Fiji International at Natadola Bay Championship Golf Course from 15-18 October. 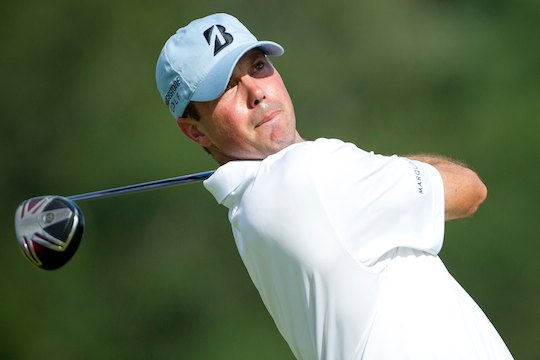 It will be the first visit to Fiji for Kuchar, who is a seven-time winner on the world’s biggest tour, the PGA TOUR.

Extremely engaging, relatable and likeable with a smile always on his face, Kuchar has distinguished himself as a fan favourite in each of the tournaments he’s played.

“I’m excited to be competing in the Fiji International, as I’ve heard great things about Natadola Bay and the area itself,” said Kuchar.

“As I’m enjoying the challenge on the course, I know my family will be enjoying a variety of different activities the location has to offer.”

Competing in the final Major of the year, Kuchar has today fired an opening round of 4-under 68 to be tied third at the PGA Championship in America.

The inaugural Fiji International attracted a strong field of players from around the world, but the inclusion of Kuchar this year takes it to the next level.

“Matt is a truly elite player who is a fixture in all the biggest tournaments in the world, including the Majors,” said Stephen Ayles, Chief Commercial Officer of the PGA of Australia.

“Having him compete in the Fiji International is a huge boost to the tournament; a strong playing field will help us achieve just about every key performance metric associated with the tournament.”

“Last year’s field was impressive, but attracting a player of Matt’s calibre is further evidence of the traction that the Fiji International is gaining on the world golf stage.”

To be played at the Natadola Bay Championship Golf Course from 15-18 October, the Fiji International will be broadcast around the world.

The Fiji International is co-sanctioned by the PGA Tour of Australasia and OneAsia.