The addition of US Tournament Players champion and world number six Matt Kuchar to the field ensures the 35th Australian Masters will be one of the biggest tournaments of the Australian season.

US Masters champion Adam Scott has already confirmed he will be back to defend his title at Royal Melbourne from November 14-17. 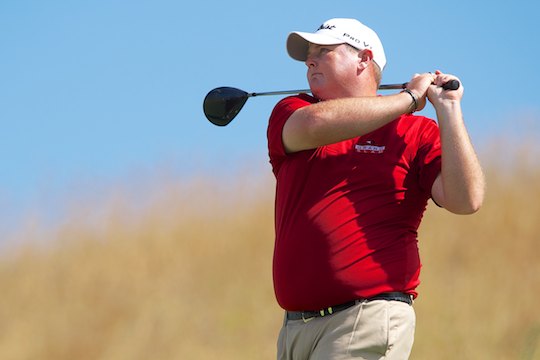 Now with news the popular Kuchar will also head Down Under, with his family in tow, to play at the Masters, the event is shaping as, well, a world beater.

And in another boost for the 35th staging of the Masters, leading single malt whisky Talisker have also resigned for another year’s sponsorship of the Masters.

“I have always enjoyed playing in Australia and especially on the Melbourne sandbelt,” Kuchar said.

“Royal Melbourne Golf Club is one of the world’s great courses and was a fantastic venue for The Presidents Cup in 2011.

“Now I’m really looking forward to playing the Talisker Masters and bringing my family to Melbourne in November.”

Talisker Masters officials have also confirmed Victorian Jarrod Lyle will make his comeback to tournament golf at the Masters following an 18-month battle with leukaemia.

Vice president-director of Golf at IMG Australia, David Rollo commented: “We are delighted to welcome two of the finest players in the world in Adam Scott and Matt Kuchar to play this year’s Talisker Masters.

“Equally we know Jarrod Lyle will receive a warm welcome from his fellow players and golf fans in his return to competition.”

The Seven Network will broadcast live national coverage of the Talisker Masters on all four days from 12.30pm-5.30 pm.