In a tournament dominated by local players, who claimed the first 11 places on the leaderboard, Lee’s final round 68 gave him a 16-under-par 268 total and a three-stroke victory over countryman Choi Jinho. 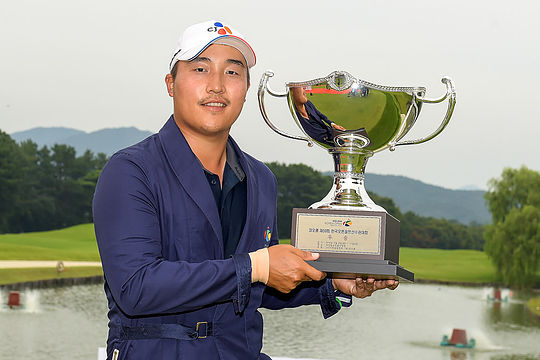 Kang Kyungnam, helped resurrect his playing career after serving his mandatory military service between 2013-2105 with a third place at 12-under, earning just under $67,000 in the process.

25-year-old Lee had campaigned on the Web.com Tour in the United States this year but was disappointed to miss a place in the Finals Series being staged at the moment.

Lee brought home the form he demonstrated just two weeks ago in finishing fourth at the Portland Open and naturally, was overjoyed to have his name engraved on his national Open trophy once again.

Jamie Arnold was the highest placed Australian in the US$1.1 million OneAsia event, sharing 16th place with four other players at 4-under par.

Recent Northern Territory PGA champion Jordan Zunic finished at 2-under in a tie for 22nd, ahead of Steve Jeffress (T36) and Jason Norris (T39) of the remaining Australians who made the cut.

The next event scheduled on the OneAsia calendar is the Emirates Australian Open at Royal Sydney Golf Club, from November 17 – 20.