It’s a complicated situation in the Middle Eastern kingdom but with sponsorship money in short supply, especially in the women’s game, you can’t blame the administrators for looking at options outside the box.

And so the announcement that the Ladies European Tour is heading to Saudi Arabia for a $1.5 million double-header in November comes as no surprise. 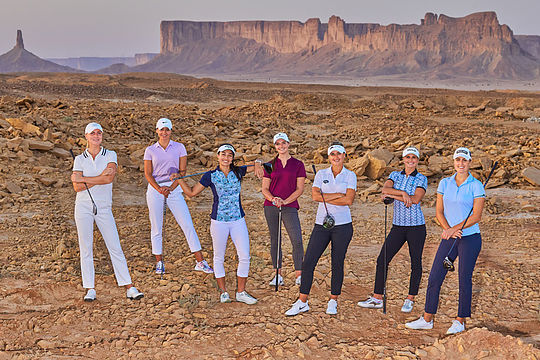 The $1m Aramco Saudi Ladies International will kickstart proceedings on November 12 followed a week later by the $500,000 Saudi Ladies Team International. Both events will be played at the Royal Greens Golf Club near the coastal city of Jeddah.

The $500,000 event will feature 36 teams of four players competing for both individual and team prizes.

If the Saudi Ladies International sounds familiar that’s because it was actually announced for the first time late last year and was to be played in March this year before the pandemic forced its postponement.

The LET resumed in August with the co-sanctioned Scottish Open and Women’s British Open followed by tournaments in the Czech Republic and Switzerland.

“We are thankful to their commitment to deliver not one but two tournaments, in what has been a difficult year for golf.”