Fittingly, in the year that golf returns to the Olympic Games, both the Lalla Meryem Cup and Trophée Hassan II on the men’s PGA European Tour – won last year by Gwladys Nocera and Richie Ramsay in Agadir – will be played in the same week at Royal Golf Dar Es Salam on the Blue and Red courses respectively. 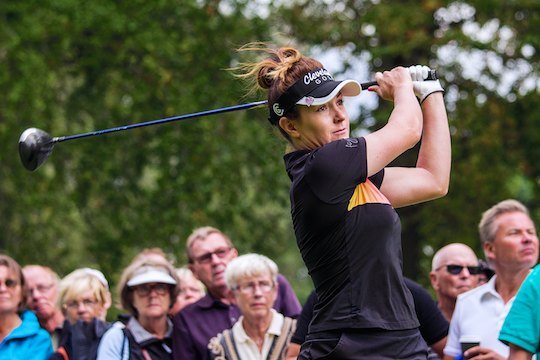 Players from all over the world will be keen to put themselves in the frame for an appearance in Rio when the event is played on May 5-8, with the cut-off for qualification just two months later, on July 11.

Nocera has a strong record in Morocco, having won the title at Royal Golf Dar Es Salam in 2007 and finished second to Charley Hull in 2014 and she will have her eyes on a third Lalla Meryem Cup trophy.

Melissa Reid, who earned her fifth LET trophy last year in Turkey, and Australia’s Rebecca Artis are other recent champions in the field which will also include fellow Aussies Stacey Keating, Whitney Hillier and Bree Arthur.

One player who will be a winner before a ball is struck will be former LET winner Cassandra Kirkland from France, who has been absent from the tour since this event last year after being diagnosed with a form of lung cancer.

The non-drinking, non-smoking Parisian has faced her diagnosis and recovery with tremendous resolve and good humour over the past 12 months and has been determined over the past few months to ensure she could make a return to competition this week.

Kirkland’s presence in the field will be an inspiration and uplifting to all her fellow competitors and spectators his week.