Laird revelling in the conditions at World Cup

Scotland’s Martin Laird may have flown under the radar in pre-tournament discussions at the ISPS Handa World Cup of Golf at Royal Melbourne Golf Club but a four-under par 67 in round one should ensure any anonymity is short lived.

The three-time PGA Tour winner and reigning Valero Texas Open champion lies just a stroke from the lead and feels confident that his game and the golf course are well suited this week. 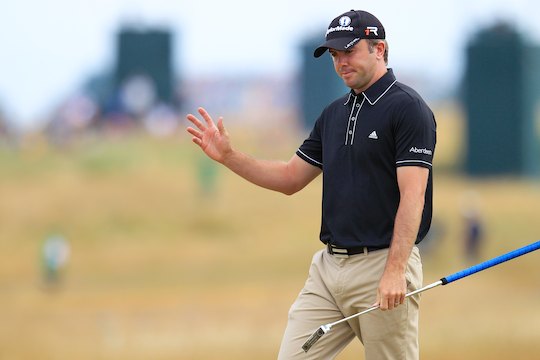 “It’s my first competitive round around here so, it’s a good start.” he said. “I’m coming off three weeks off and the last two events, I didn’t play very well. I worked hard on my putting at home and have been feeling good here all week.”

As players struggled with the firm and lightning fast greens, which Jason Day claimed were ‘faster than at The Masters at Augusta this year’, Laird was revelling in the conditions but wary of the impact the wind could play over the rest of the week.

“I love these greens and generally the faster the greens are, the better I putt so they can get them as quick as they want as I tend to play better.”

“The difference between a five and fifty mile an hour wind around this golf course is huge and the wind was blowing hard there at the end.”

Laird has an added ace up his sleeve having engaged veteran New Zealand caddie Mike ‘Sponge’ Waite to guide him around the golf course this week.

“I told Sponge on Monday ‘just tell me where to hit it and I’ll try to do it for you.’ He’s been around here as much as anyone here so it’s great and it makes it a little easier for me.”