Victorian Brad Lamb has fired an exceptional round of five under-par 67 to win the $10,000 Patterson River Golf Club Pro-Am.

Lamb took advantage of the excellent conditions to post six birdie and an eagle to come away with the one shot victory. 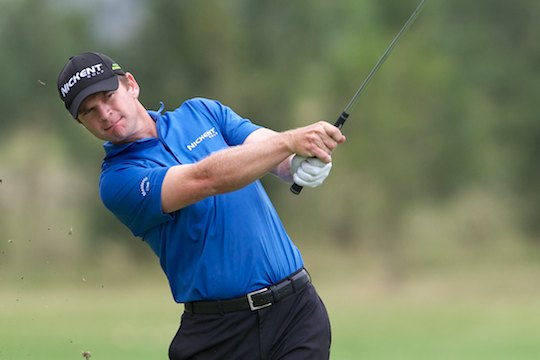 “I had a really enjoyable day with my playing partners and the course was in excellent condition,” Lamb said at presentation.

Weather conditions again favoured low scoring with sunny skies and only a light breeze for the players to contend with.

The Patterson Lakes layout is in great condition impressing all the players, many believing it continues to improve every year they return.

Following the morning round Andrew Pitt held a one shot lead after firing a four under-par 68 including seven birdies.

Weather conditions remained almost perfect for the afternoon with temperatures heating up a long with the scoring.

It was crowded at the top with a further five players tied for sixth place with three under-par 69, Chris Thorn, Justin McKenzie, Max McCardle, Leigh Deagan and Order of Merit leader Euan Walters.

Lamb’s win sees him close the gap on Order of Merit leader Euan Walters to eighteen points with Ryan Haywood a further sixteen points back in third place.