While it’s remarkable to think Bernhard Langer never hoisted the Open Championship trophy, he has certainly made up for it on the Seniors Tour.

The German set a new benchmark for Senior Major Championship victories after notching up his 10th major victory when he won The Senior Open in 2017 and with his win at Royal Lytham & St Annes on Sunday he now becomes the oldest Senior Open champion as well. 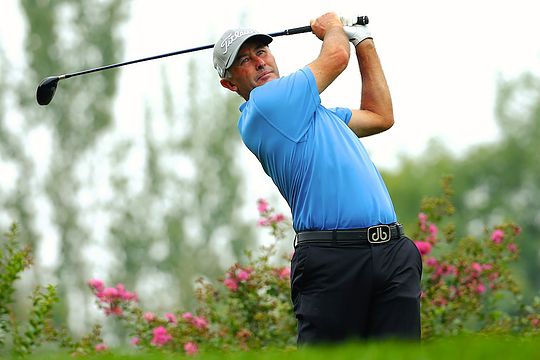 The 61-year-old has collected 11 Senior Majors amongst his 41 professional titles since turning 50.

“It’s always special to walk down 18 in a Major, but especially over here,” he said. “The people are so knowledgeable about golf, and it’s tremendous how they even came out in these conditions and cheered us on in the rain.”

“Now having won 11 Senior Majors, it means a great deal. Nobody has won more than nine if I’m correct, not even the great Jack Nicklaus or Gary Player or Tom Watson who retired from this championship today.”

“There’s a lot of great players who have played this game and have played Majors, and I’ve been blessed to have won more than any of them.”

Despite heavy rainfall, which suspended play for over five and a half hours on the final day and then returned for the final nine holes of the championship, Langer remained unphased, putting on a masterclass as he took control of the tournament with back-to-back birdies on the inward nine, ultimately carding a four under par 66 to turn a three shot deficit into a two shot victory from 2016 Champion Paul Broadhurst.

The final round of The Senior Open will also be remembered as Tom Watson’s farewell to competitive links golf. The five-time Champion Golfer of the Year and three-time Senior Open winner announced after his third round that he would be bowing out at the conclusion of his 18th Senior Open appearance.

“The crowds on 18 were very warm and appreciative,” Watson said. “The crowd that ended at the ninth hole, which was the farthest point on the golf course, that went all the way out there to watch my final hole, that was very, very special.”

The American never missed a cut in The Senior Open and remains one of only three men—along with Gary Player and Bob Charles—to win both The Open and The Senior Open. He bows out being considered by many to be the greatest links golfer of all time.

David McKenzie finished the best of the Australians in a tie for 5th and four shots behind Langer.

“I love it [links golf]. I enjoy the challenge of different shots. It gives you lots of different options. You can hit it along the ground, bump it and run it and hit it in the air. You’ve got to use your imagination. It’s fun,” said McKenzie.