The world’s best golfers will descend on Baltusrol in Springfield, New Jersey, this week to close out the major season with the PGA Championship.

So far this year the majors have kept us on the edge of our seats with Spieth’s collapse and Danny Willett’s win at Augusta, the rules fiasco and ending of Dustin Johnson’s majors drought at Oakmont and just a week ago at Royal Troon, Henrik Stenson emerged triumphant at The Open from one of the most sensational days of championship golf in memory. 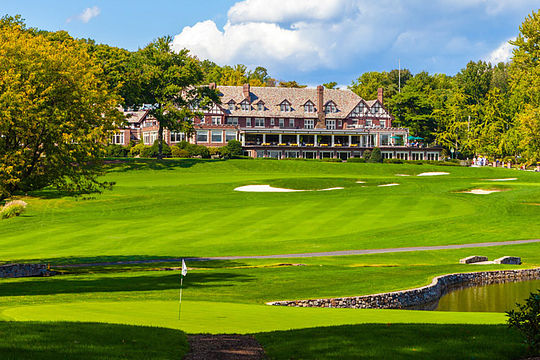 The 2016 majors have also produced first time major champions and we are left with the possibility that neither Jason Day, Jordan Spieth or Rory McIlroy will end the season with a major trophy to their name. However, history is well and truly in their favour with only one major winner coming from outside the world’s top-12 in the last nine majors.

Rory McIlroy and Jason Day are again the favourites with Dustin Johnson and Jordan Spieth right behind them.

Just under twelve months ago, Day lifted the Wanamaker Trophy in the midst of a run of four wins from late July to September and was labelled at the time the hottest player on tour. Day sits as the world’s number 1 golfer and with that accolade goes the expectation that a major this season should fall his way.

“It’s been a crazy last 12 months,” said Day this week in Ontario, where he was the defending champion at the Canadian Open.

“I can’t get too complacent with where I’m at. I know that I’m currently ranked the best player in the world but I need to work hard.”

“It’s coming into the crunch time for me pressure-wise, because being kind of the favourite going into each tournament and expectation levels are high and then all that amounts to pressure you put on yourself and stress you put on yourself.”

Baltusrol’s layout can be pushed to 6,766 metres, a matter that will disappoint the traditionalists yet delight the current group of power hitters such as Day and Dustin Johnson. Yet the New Jersey venue is also steeped in history.

Jack Nicklaus won two of his US Opens there, with Phil Mickelson’s winning his only PGA Championship title to date in 2005 when the championship was last played at Baltusrol, beating Thomas Bjorn and Aussie Steve Elkington by one stroke.

Highlights from the opening round of tee times include the grouping of the three major winners this season – Masters champion Danny Willett, US Open champion Dustin Johnson and Open champion Henrik Stenson.

Day, has been grouped with Northern Ireland’s Rory McIlory and American Phil Mickelson.