Last chance for 630 players vying for US Open places

(Dublin, Ohio:) It will be a case of “Last Chance Saloon” for 630 golfers, including a dozen Australians, teeing it up at 10 venues stretching the length and breadth of the country on Monday US time vying for a place in next week’s US Open.

A total of 65 spots are up for grabs at the year’s second Major at Erin Hills in suburban Milwaukee. 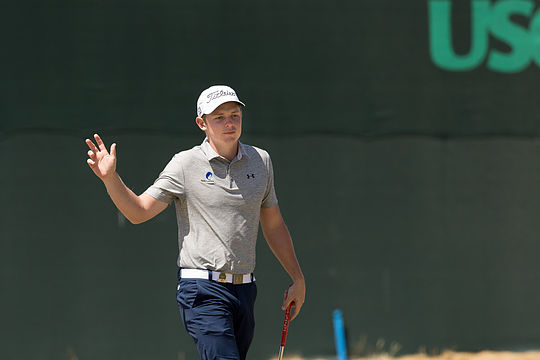 Cameron Smith waves to the crowd during the 2015 U.S. Open at Chambers Bay (Credit: USGA/Michael Cohen)

Heading the Australians will be the ultra-talented Cameron Smith, who claimed his maiden PGA Tour victory alongside Swede Jonas Blixt at the Zurich Classic.

Smith is among five competing at one of the biggest attendances and that is on two courses in the Columbus, Ohio area just down the road from Muirfield Village – the venue for last week’s Memorial Tournament.

However, spare a thought for Brett Coletta, who will be making the dash from nearby Columbus Airport for a flight to Tacoma, Washington after his final round on Sunday, where he has to tee off the next morning at Tacoma Golf & Country Club at 7.30am.

The following is a full list of the 10 venues and those Australians teeing up.