Late birdies give Ko the winning edge at Kia Classic

Kiwi superstar Lydia Ko has claimed her second victory of the year winning the Kia Classic and cementing her position as the world’s number one golfer before heading into the first major championship of the year at the ANA Inspiration. 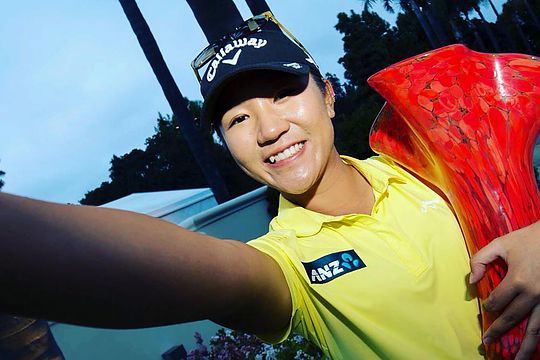 18-year-old Ko went one better after finishing second at the JTBC Founders Cup last week where Sei Young Kim ran away with victory after shooting a final round 62 for a record-equalling 27-under total.

“I just kind of peeked at the leaderboard and saw Inbee was making a lot of birdies — Inbee doing her Inbee things,” Ko said. “I knew that I needed to focus up until the last moment and fortunately I made some birdies down the stretch.”

“I’ve been playing consistently well so I’m really happy with that and it’s just good to see the hard work we’ve put in the off-season,” Ko said. “Yeah, a really happy moment, but I have to focus for next week and I’m really excited to go back to ANA.”

At her young age and with such prodigious results to her name already, comparisons to Tiger Woods are bound to come in to play.

Australia’s Minjee Lee finished the best of the Aussies at T20 with the help of her first ever hole-in-one…and albatross.

Lee used a 5-wood at the par-4 16th hole to hole out to write her name in the record books with only the second hole-in-one on a par-4 in LPGA history.

“I think I had 210 metres to the pin, and I hit my 5-wood, it was a little right-to-left down wind, so yeah, just hit it a little right and then it was going with the wind and went in the hole,” Lee said. “I didn’t see it go in.”